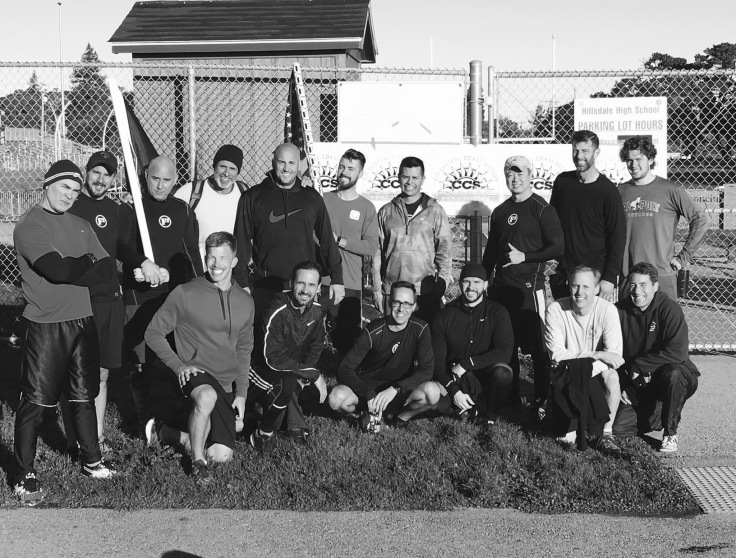 Black Snake Indian Run around the football field, combined with PAX in plank with continued weaving

No Italian beers or Bacon Cheese Dogs, back to basics with some good ole fashioned beat downs. Lots of roaring, complaints of sexual noises from Scuban, and fire in the quads was had by all. We welcomed FNG Scout to the PAX as his father asked him to attend a workout and “scout” it out.   Focus for next potential shovel planting in the South Bay will be discussed further. Looking forward to some Turkey Football, make sure you bring a dark and light jersey, and then F3 night at the Tank. Bada Bing bringing up the idea for a college football outing after coffeteria next week, maybe? Some good games going on for 11/25, OSU vs. Michigan, Auburn vs. Alabama (Go War Eagle), etc. Let’s make it happen people. Peace out!

Every Saturday At 7am

BASH AT THE BEACH